Perception of Effort can be considered one of the main limiting factors in endurance performance. This is not really a controversial statement. What Samuele Marcora brings to the table with his research is a position that Perception of Effort (along with Potential Motivation) is THE most important variable to consider with endurance performance. This is a controversial statement. That said, there is much support for his position, which he eloquently outlines in this chapter.

Samuele Marcora’s research first came to me sometime in 2017 while listening to Matt Fitzgeralds audiobook, “How Bad Do You Want It” and then once more in 2018 from Alex Hutchinson’s fantastic book, “Endure”. After Hutchinson’s book I began researching Marcora a great deal. I listened to his lectures, any podcasts he was interviewed on as well as reading nearly all of his published research. Late 2018, myself, Scott and Jason had a consult with Marcora. It was a great chance to speak with him and to tell him about the work we do in fitness and CrossFit. Marcora was very interested in what we had to say as well as our area of expertise. He also made many great points and observations about the sport.

As a coach, the main benefit you will receive from truly understanding his research and his model (Psychobiological Model of Endurance Performance) is you will gain much greater insight into how and potentially why your athletes are behaving the way they are during training and competition. Why did they slow down? Why did they take a break when they didn’t need to? Why is taper beneficial? What is a mental taper?

This chapter will provide you a great introduction and will hopefully give you the necessary information to truly understand how Perception of Effort and Motivation work together in shaping performance behaviour.

We're not around right now. But you can send us an email and we'll get back to you, asap. 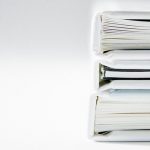 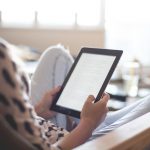